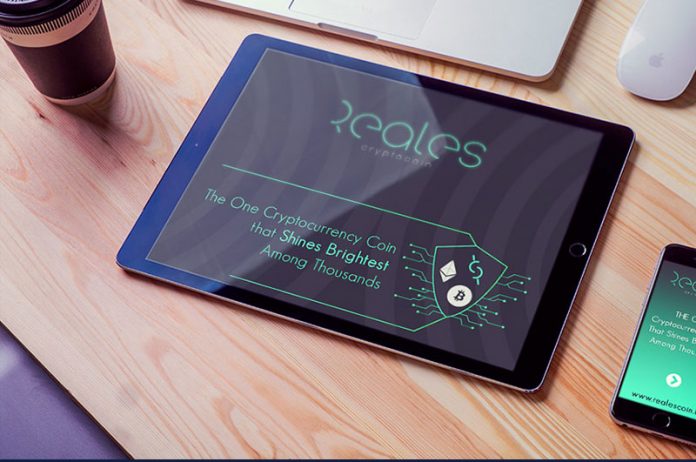 These days we have a flood of new entries in the cryptocurrency market, with thousands of initial coin offerings (ICOs) popping up everywhere in the internet. One of the basic laws of commerce is that when an open market is buzzing with activity and interest, many people jump in head first, thinking they are getting into the best opportunity, finding the goose with the golden eggs. But the harsh reality is that the majority of ICOs are little more than a promise of something of value possibly being created – something that might, or might not, work. Many promises from ICOs simply will not come to fruition.

A fundamental problem with most ICOs in the cryptocurrency market, especially for somewhat more conservative investors, is that there are no actual financial assets backing the coins being offered. The only “asset” being offered is a mere promise of potential value. With no real assets backing the coins, there is nothing to cover and cushion even part of the total potential loss if these promises can’t be fulfilled. 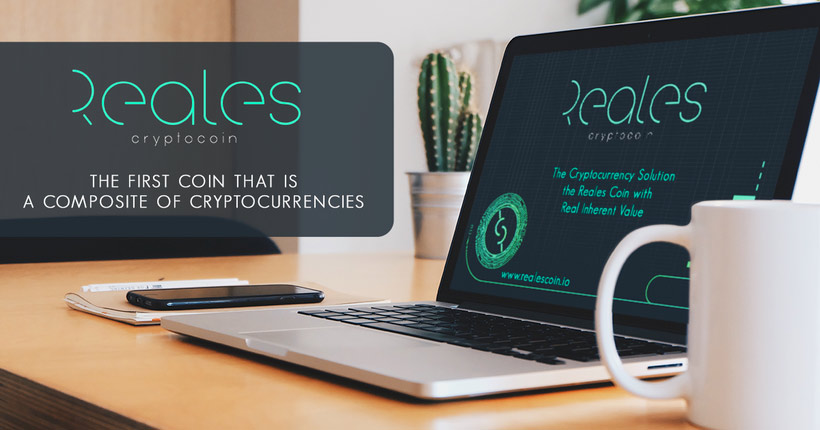 Another grim truth in the rapidly evolving cryptocurrency market is that in many instances people are basically donating their money to the project of trying to create something of value. One big example of this is Tezos, where the money went directly to the Tezos foundation in Switzerland, which is now claiming that all the money people “invested” was actually donated to the foundation. This is just one of the huge messes in the crypto market. https://arstechnica.com/tech-policy/2017/11/tezos-a-cryptocurrency-that-raised-232-million-in-july-is-in-crisis/

The Cryptocurrency Solution – the Reales Coin with Real Inherent Value

Essentially, buying into one of the many ICOs popping up almost daily is not only complicated, but in the end little more than an outright gamble, where investors are throwing caution to the wind and just hoping to get lucky.

The one ICO that is breaking this paradigm is the Reales coin, the first coin that is a composite of cryptocurrencies and the first coin with real inherent value. The unique structure of the Reales coin is that each Reales coin is composed partly of a basket of cryptocurrencies that includes Bitcoin and all major alt-coins and promising ICOs, AND partly of the real, hard assets of gold and silver.

Why the Reales Coin’s Unique Structure is Important

All around the world, countries are accruing massively higher and higher debts. The end result of such a trend has, throughout the whole of history, nearly always been runaway inflation, such as that currently occurring in Venezuela, the country that the IMF just announced has an inflation rate nearing an astonishing 2,300%. And this is taking place in a country that has a wealth of natural resources and is a major supplier of basic commodities worldwide.

The sad part is that the only victims here are innocent citizens who are now reduced to basically having to use most of their life savings just to buy something like a measly tube of toothpaste. The only citizens who are managing to survive this currency crisis are those who have been smart enough to hold at least part of their wealth in precious metals or US dollars. Venezuela may currently appear to be an extreme example, but the plain truth is that there are many other countries heading in the exact same direction, some more rapidly than others.

Cryptocurrency is an evolving financial marketplace where more and more people are choosing to store at least part of their wealth as cryptocurrencies become more and more popular. The Reales coin is a superior investment for storing and protecting wealth because, unlike other cryptocurrencies, it has the solid foundation of gold and silver protecting its value. Even if the whole cryptocurrency market were to suffer a major collapse in value (some analysts are predicting this very possibility, saying that Bitcoin’s value may drop by 50% in 2018), the Reales coin would still maintain the value provided by it being partly backed by actual physical gold and silver stored in secured vaults. Thus, the Reales coin offers a level of financial security that other cryptocurrency coins totally lack.

The Reales coin offers investors the best of both worlds – secured value in the form of gold and silver, along with the potential for growth supplied by holding a diversified basket of the top cryptocurrencies. Half of your wealth in Reales coins is secured and half has the possibility of generating massive gains. In fact, both sides of the Reales coin may prove massively profitable for you, since it’s entirely possible that gold and silver will substantially increase in value at the same time that the major cryptocurrencies will also be experiencing huge gains. Also, the unique structure of the Reales coin that provides real value to investors will generate significantly more demand for the Reales as compared to other coins in the cryptocurrency market. That demand will likely drive increasing value for Reales coins.

There are hundreds, if not thousands, of potential investments you might consider making in the cryptocurrency market. But there is only one crypto market investment that offers genuine value in the form of hard assets – the Reales coin, the superior cryptocurrency investment.

Radu B
Someone started a really simple scam and it seems to be working, Google/Youtube has left it running for over 2 hours at...

Radu B
CoVEXlabs ICO are developing a multi-use platform for cryptocurrency exchanges, payment gateway services, and ICO development all within their exchange and social trading platform....

Radu B
Initial coin offering (ICO) has been used in the past to fund projects that aid the advancement of blockchain and cryptocurrency. However, a relatively...

Radu B
Someone started a really simple scam and it seems to be working, Google/Youtube has left it running for over 2 hours at...

Radu B
CoVEXlabs ICO are developing a multi-use platform for cryptocurrency exchanges, payment gateway services, and ICO development all within their exchange and social trading platform....

Radu B
Initial coin offering (ICO) has been used in the past to fund projects that aid the advancement of blockchain and cryptocurrency. However, a relatively...

ABOUT US
These days the market turned into a battlefield of ICO's. Competing to raise more funds from investors. Once you jump on board with us, we'll stay on top of things and help you with the strategy in this ICO Battle.
Contact us: mary@icobattle.com
FOLLOW US
© Copyright ICO Battle 2018 | All rights reserved.
MORE STORIES

Radu B
ICO Reviews
What is Mcfly coin? McFly is a mass urban taxi platform that aims to democratize and decentralize the managing and purchasing of air taxi services....

Radu B
ICO Reviews
Introduction This Cryogen ICO review will go in the depths of this ambitious and unique project.  A project which aims to develop a technology to...

Radu B
ICO Reviews
This OneLedger review is not an investment advice. It's an honest overview and analysis of the project and the one ledger token (OLT) connected to...