\
The renowned Australian computer scientist Dr. Craig Steven Wright was the focal point in what later came to be known as the Bitcoin trail of the century — especially for two reasons! One, his controversial claim to the invention of Bitcoin. And two, the $50 billion Bitcoin contested by the family of Dave Kleiman, his deceased business partner.

\
In December 2021, a Florida jury eventually ruled in favor of Craig’s Bitcoin fortune. Still, he has continued to face a strong barrage of public criticism for his claim to the throne of Satoshi Nakamoto, with a steady flow of critics labeling him as ‘faketoshi.’

\
Undeterred by criticism, Dr. Craig, with an unwavering determination, has continued to push for the Bitcoin Satoshi Vision(BSV), which represents the possibility that exists for Bitcoin to reach 5 billion users globally,and which also considers India an essential part of the trajectory. 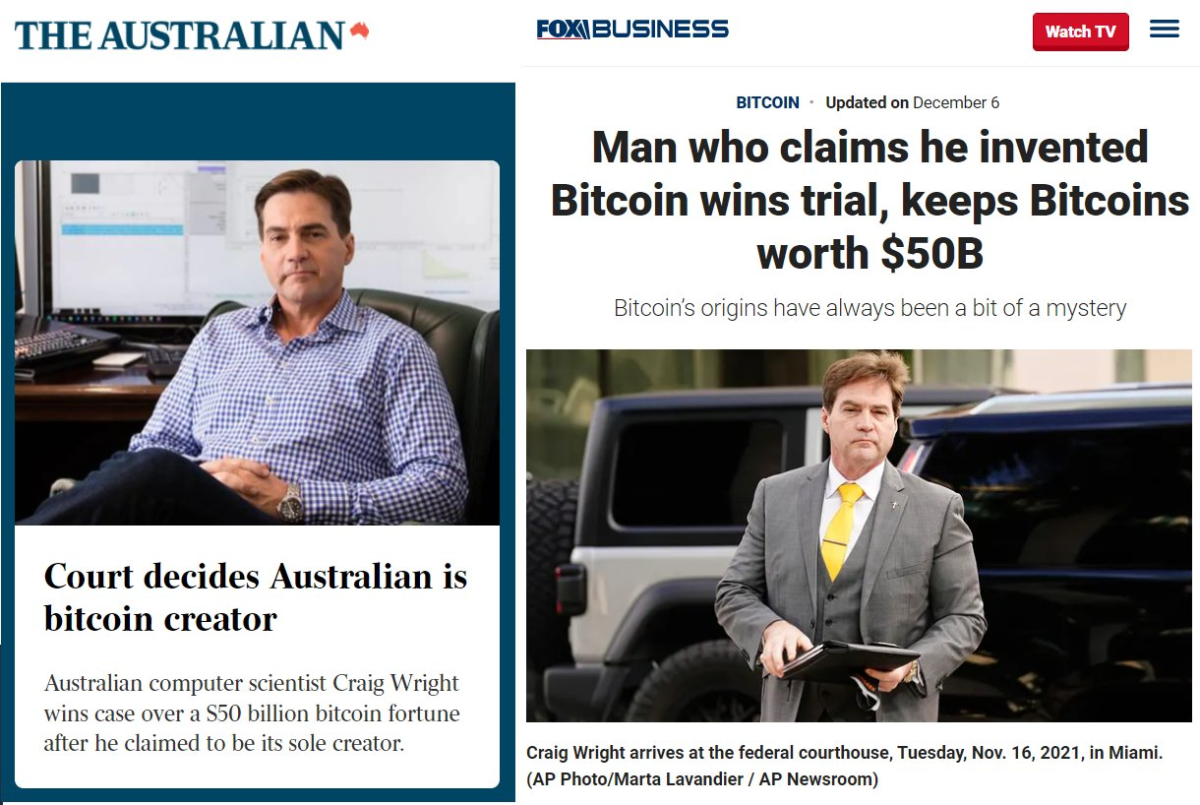 \
\
I recently met with Dr. Craig to discuss Bitcoin, BSV(Bitcoin Satoshi Vision), and decentralization. Read the exchange below.

As per the white paper, Bitcoin is a peer-to-peer cash system. Therefore, identity is firewalled from explicit text transactions that are not crypto. The SBV, therefore, is clearly about translating the original vision of Bitcoin into reality and debunking the misconceptions that have continued to surround it.

Bitcoin will scale to millions of transactions with fees of less than 1/000th of a cent. Block sizes are already 4Gb, and this will increase year on year.

There was enough evidence presented at the trial to demonstrate identity. It’s pretty easy to read the court papers and research the evidence that supports them.

If you read my blog, you can research and understand why. I can refer you to (https://craigwright.net/?s=satoshi).

\
People would tragically lose money. Bitcoin is intended for small peer-to-peer cash payments — not for holding and speculation on the price.

\
Read the white paper. The key point about it is that Bitcoin is for small casual payments. Decentralization is not the goal. And as I said earlier, it will not replace the banks. 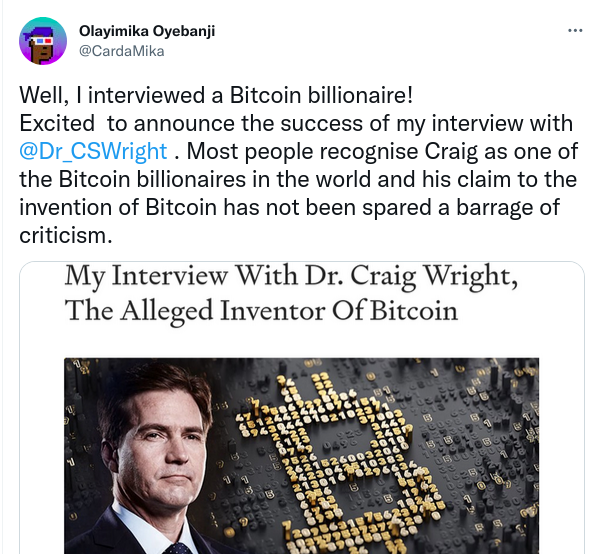 Interview with Celo, the carbon-negative cryptocurrency focused on smartphones

Is Bitcoin the only crypto that will survive FTX? Interview with Bitcoin maximalist

Is Bitcoin the only crypto that will survive FTX? Interview with...

Radu B
Interviews
Jeff Booth explains why he believes the whole crypto ecosystem will end up crashing like FTX and how Bitcoin provides an alternative. This content...

Radu B
Interviews
Q: Hi Valeriya! Thank you for joining us today. Can you tell us more about yourself and the Cryogen project? A: Actually, I am an...