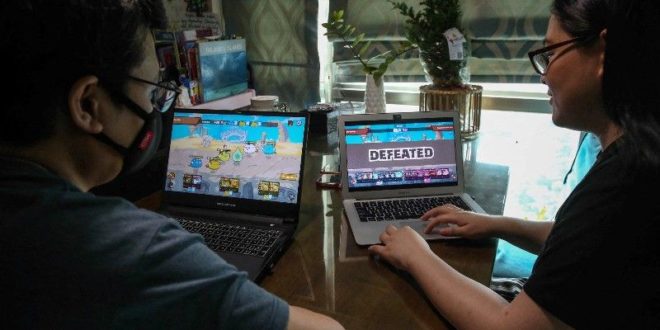 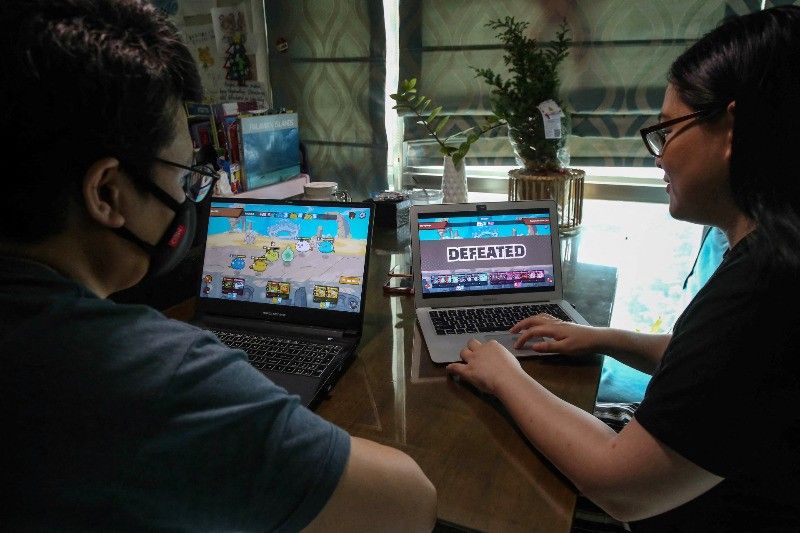 MANILA, Philippines — The way by which blockchain gaming spreads like wildfire among Filipinos is making the Philippines a likely “role model” for play-to-earn concept in Southeast Asia, but there are still some hurdles that cryptocurrencies have to clear in the country.

Data from the Bangko Sentral ng Pilipinas showed the volume of cryptocurrency transactions grew 362% year-on-year to nearly 20 million in the first half of 2021. These transactions were worth P105.93 billion, up 71% on an annual basis as many Filipinos sought the anonymity offered by cryptocurrencies to store and grow their wealth amid hard times caused by the pandemic.

The lack of regulation and taxation did not stop Filipinos from dealing with virtual assets — not even the volatile nature of cryptocurrencies. For one, Axie Infinity rose to popularity nationwide amid the coronavirus pandemic, as many Filipinos who sought a way to make a living on the side found the allure of play-to-earn games irresistible. The popularity reached lofty heights last year as 40% of players of the game were reported to be based in the country.

“I think one of the interesting phenomenon or trends, what is the growth of this? I’m pretty sure you have heard about the play-to-earn phenomenon that has grown in the Philippines has now become the role model for the play-to-earn concept,” Pang Xue Kai, co-founder of Indonesia-based cryptocurrency exchange Tokocrypto, said in an interview.

But Axie’s fame came with a hitch. The game’s popularity, alongside a burgeoning digital economy, compelled the government to crack down on players and managers scrambling on what to do under a possibly new tax regime. This is a move that Xue Kai projects that other countries might soon follow, with India imposing a 30% tax on cryptocurrency trading.

Despite this, the BSP wants to keep cryptocurrencies at arm’s length, due in part to the absence of stringent regulations within the industry and its volatile nature. Xue Kai believes that governments should “incentivize” the cryptocurrency market to manage this volatility.

“Naturally, the market cap grows and you know, as market capitalization grows and the industry matures, and you have more business peers inside your things like custodians inside,” he said.

Aside from incentives, Xue Kai said education will play a big role in managing the volatility of cryptocurrencies. He said his company has been working closely with the Indonesian government to expand the educational sector’s involvement in the scene by letting students intern in tech companies as part of the educational curriculum.

“In schools, we have like, how do you trade stocks? How do you do dollar-cost averaging? How do you value a company? You know, even things like that, but how do you value a token? Those could be methods that could help not incentivize, but basically, reduce the level of uncertainty or lack of competence in the space,” he added.

But the digital currency’s volatile nature is not necessarily an impediment to its growth. As Xue Kai sees it, the next trends in the sector will be traditional financial institutions moving into the space, as was the case with UnionBank, and crypto-ventures creating associations, much like organizations within industries.

“I’m not sure but I hope that that the likes of PDAX could take the steering wheel on the initiative, because the geography of the Philippines is very much like Indonesia,” he said, referring to the homegrown cryptocurrency exchange platform which recently received second-round funding from various investors.

At the same time, a hurdle that the cryptocurrencies could remove is by being recognized as legal tender, much like what El Salvador has done. But Nicholas Antonio Mapa, senior economist at ING Bank in Manila, thinks this won’t be likely.

“I think if ever we’ll see anything even close to that realm it would have to be central bank digital currency. So far BSP has said they would like to look into it but they have yet to discuss actual plans to pursue it,” Mapa said in a Viber message.

Radu B
NFT
At the end of January 2022, non-fungible token (NFT) sales raked in $4.77 billion and NFT sales have slipped month after month since then....

Radu B
NFT
The US Department of Justice has indicted six different people allegedly involved in four unique scam schemes relating to cryptocurrencies. The scams are reported...

Radu B
NFT
Unicorn Battles Q4 2022 have begun with the Crypto & NFT Battle 9 startups competed for the opportunity to go to Unicorn Cup Finals 2022...